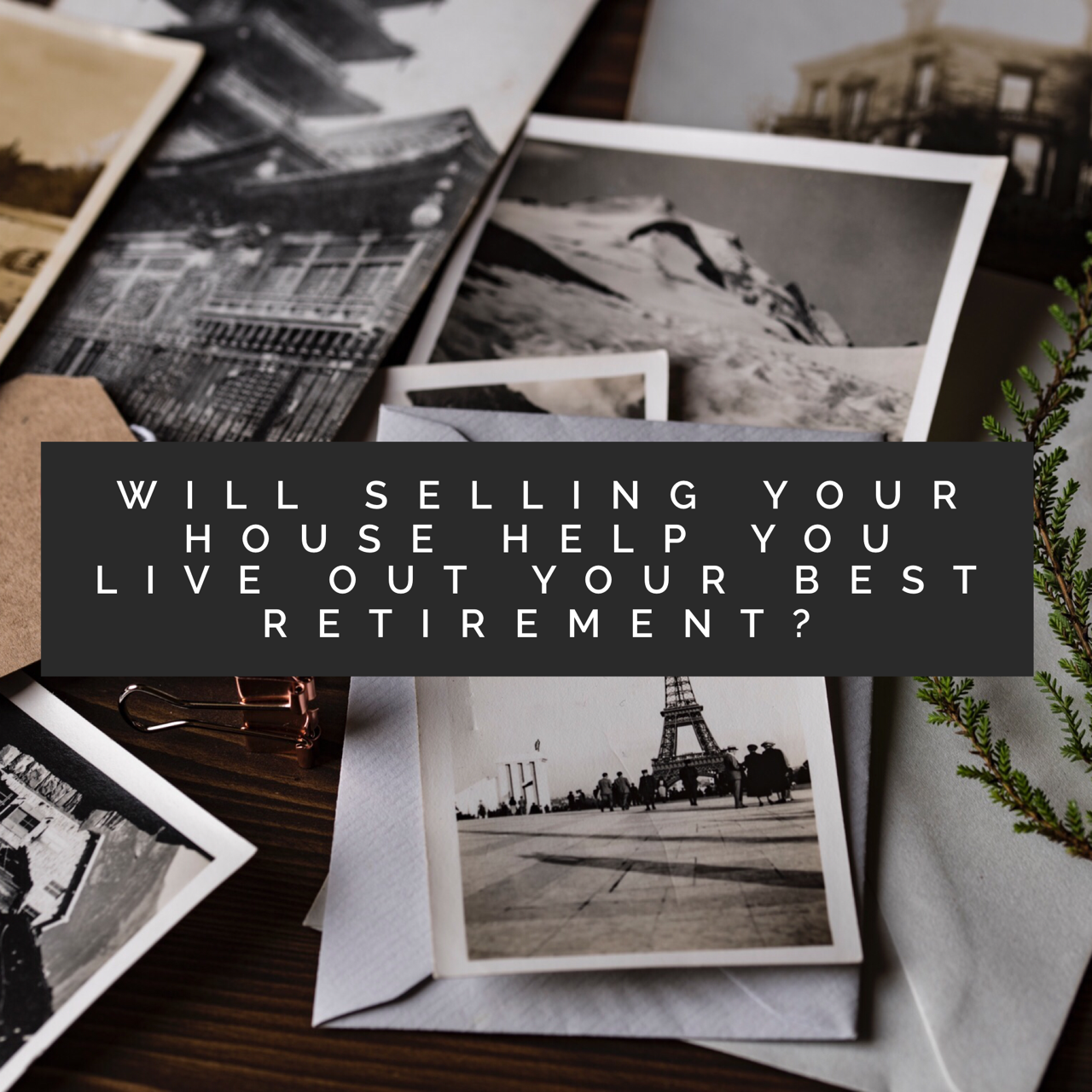 Barbara and Mitch bought their house in the suburbs when their oldest was just three years old. That was 40 years ago. Now they’ve both retired. They don’t need 2500 square feet—they haven’t for years, really. Lately, they find themselves in the city more often, for dinner and drinks or to walk along and window shop. They’ve started to wonder what it might be like to feel the freedom of city apartment dwelling, instead of the burden of suburban homeownership.

John and Linda dutifully saved for retirement. But as they keep an eye on the future, they realize they’ve run up against an unexpected hurdle: they haven’t saved quite enough to secure a spot in the retirement community where they really want to live–the one that boasts nightly cocktail hours and is closest to their grandkids. They, like 32% of retirees, have more than 8 years before they finish paying off the mortgage on their house. Now they’re considering selling to pull the equity out of their home and invest it in their future: a retirement community where they can socialize, be close to their grandkids, and feel secure in their financial situation and in their care as they grow older.

Deciding whether or not to sell in retirement has to be a blend of both the emotional and the practical. Some surveys suggest that as many as 83% of retirees would prefer to age in their own homes. At the same time, “TenantCloud, a property management software service, reports that nearly a third of current urban applications are for renters over age 60.” What do these two pieces of seeming conflicting data indicate? That deciding to sell in retirement is complicated… and that the emotional pull of holding on to a house doesn’t always outweigh the benefits of renting.

When retirees consider selling their property, one factor that can quickly squash their enthusiasm is the effort that goes into readying a house for sale. There are repairs and renovations that need to be addressed—not to mention the essential curb appeal that must be established— in order to woo potential buyers. Then there’s the sorting, packing, donating, and purging that accompanies moving after years in the same place. It’s daunting—and can be completely overwhelming.

Then come the financial considerations. Associated costs like real estate commissions, closing costs, and movers can—and should—influence whether or not retirees decide to sell or stay. These costs ultimately eat into sale profits, leaving retirees with less from the deal than they’d originally anticipated.

But there’s an often unexplored avenue that makes selling faster and more convenient, without accruing all of the additional costs: selling to a real estate investor.

When Angie Buys Houses Central Florida considers purchasing property, we look at the long term potential of the property. That means that needed repairs (even major ones) won’t stop us from buying a property. And, because we don’t need bank financing, we can buy properties that the average home buyer wouldn’t be able to get a bank to finance. Cosmetic issues that could be fixed with updates and renovations—don’t do them on our account. It’s not necessary. We don’t need to be wooed. You don’t even need to clean the house out. You can simply pack up what you want and leave the rest. We’ll take care of it.

Still worried about finances? ABHCFL doesn’t charge commissions. And we even spring for the closing costs.

Interested in exploring the option of selling to  ABHCFL? Just give us a call: 407-603-6285. There’s no obligation at all. We’ll chat about your needs and your objectives. You can ask whatever questions that pop up. Then, if you’re interested, I’ll put together a fair, free, no obligation offer for you to review. Then the ball is completely in your court.

Make the choice that best suits you. Gather all the information. Then choose the option that lets you live your best retirement. You’ve worked hard. You deserve it.

Listing vs. Selling To Us

Which route is quicker?
Puts more cash in your pocket?
Has less hassle?

“Angie was easy going and a pleasure to work with. She did more for me than anyone else would have. I can’t thank her enough.”

“Angie Buys Houses has always been an amazing team to work with. They truly go above and beyond to help their clients. Not only are they honest, hardworking, and trustworthy, they make it so easy to work with them…you always feel like you have a partner by your side when working with this team. If you need to sell quick … I highly recommend you call Angie.”

“Angie is very professional, trustworthy and a great person. If you are planning on selling your home, don’t look more, with Angie you are in good hands.”

Get Your Fair Cash Offer: Start Below!

We buy houses in ANY CONDITION in FL. There are no commissions or fees and no obligation whatsoever. Start below by giving us a bit of information about your property or call (407) 512-9526...